The first-ever WMO and USAID co-sponsored ASEAN Climate Outlook Forum (ASEANCOF) was held at CCRS on 3-5 December 2013. A total of 38 participants attended, including representatives from the ASEAN countries of Brunei, Indonesia, Laos, Malaysia, Myanmar, Philippines, Singapore, Thailand and Vietnam, representatives from the WMO Global Producing Centres (GPCs) of Long Range Forecasts, as well as the APEC Climate Centre. The Forum aims to provide collaboratively developed and consensus-based seasonal climate outlooks and related information on a regional scale.

The Forum was officially opened with an address by Permanent Secretary of the Ministry of the Environment and Water Resources, Mr Choi Shing Kwok. Welcome Remarks were also given by Ms Wong Chin Ling, Director-General of MSS and Dr Rupa Kumar Kolli, the Officer-in-charge of Climate Prediction and Adaptation Branch in WMO.

At the Forum, participant countries and GPCs gave presentations on the systems that they employ in making seasonal forecasts as well as provided multiple forecasts for December to February, which formed the input to the expert assessment leading to a consensus outlook.

For the Consensus Statement and Meeting Report, click here. 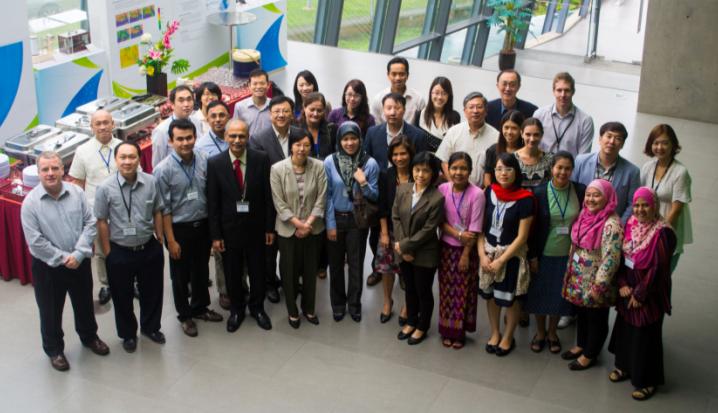 Participants having a discussion during tea break 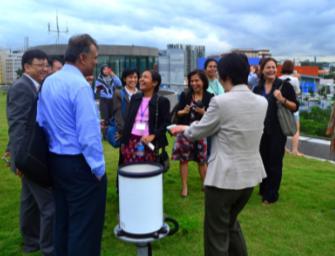 Forum participants were also given a tour of CCRS, which included a viewing of the automated weather instruments at the rooftop garden