Official Opening of the Centre for Climate Research Singapore

The Centre for Climate Research Singapore (CCRS) was officially opened by the Minister for the Environment and Water Resources, Dr Vivian Balakrishnan, on 26 March 2013 as part of the celebration of World Meteorological Day 2013. CCRS, which has been established under the Meteorological Service Singapore (MSS), seeks to establish itself as a leader in the use of high resolution computer models to simulate climate and weather over this region.

Minister addressed the audience on the importance of building Singapore’s climate resilience in the context of increased exposure to the effects of climate change and natural disasters. He noted that while there are significant challenges to projecting future climate and communicating complex concepts to the public, this is also an opportunity for CCRS to push the frontiers of science and perform a crucial role in education and outreach. A climate-literate society would be empowered to make informed choices about preparing for climate change. Minister encouraged the younger generation to consider meteorological and climate research as a career path, as one way to do their part for the environment and humanity.

The morning’s programme ended with a tour of exhibits, showcasing the key projects of CCRS, namely the tropical, high-resolution Numerical Weather Prediction system for Singapore, seasonal climate prediction and the 2nd Vulnerability Study on Climate Change Effects. Minister showed great interest in understanding the challenges of modelling weather and climate over different timescales and how advanced statistical and dynamical models could be adapted to Singapore and the Southeast Asia region. 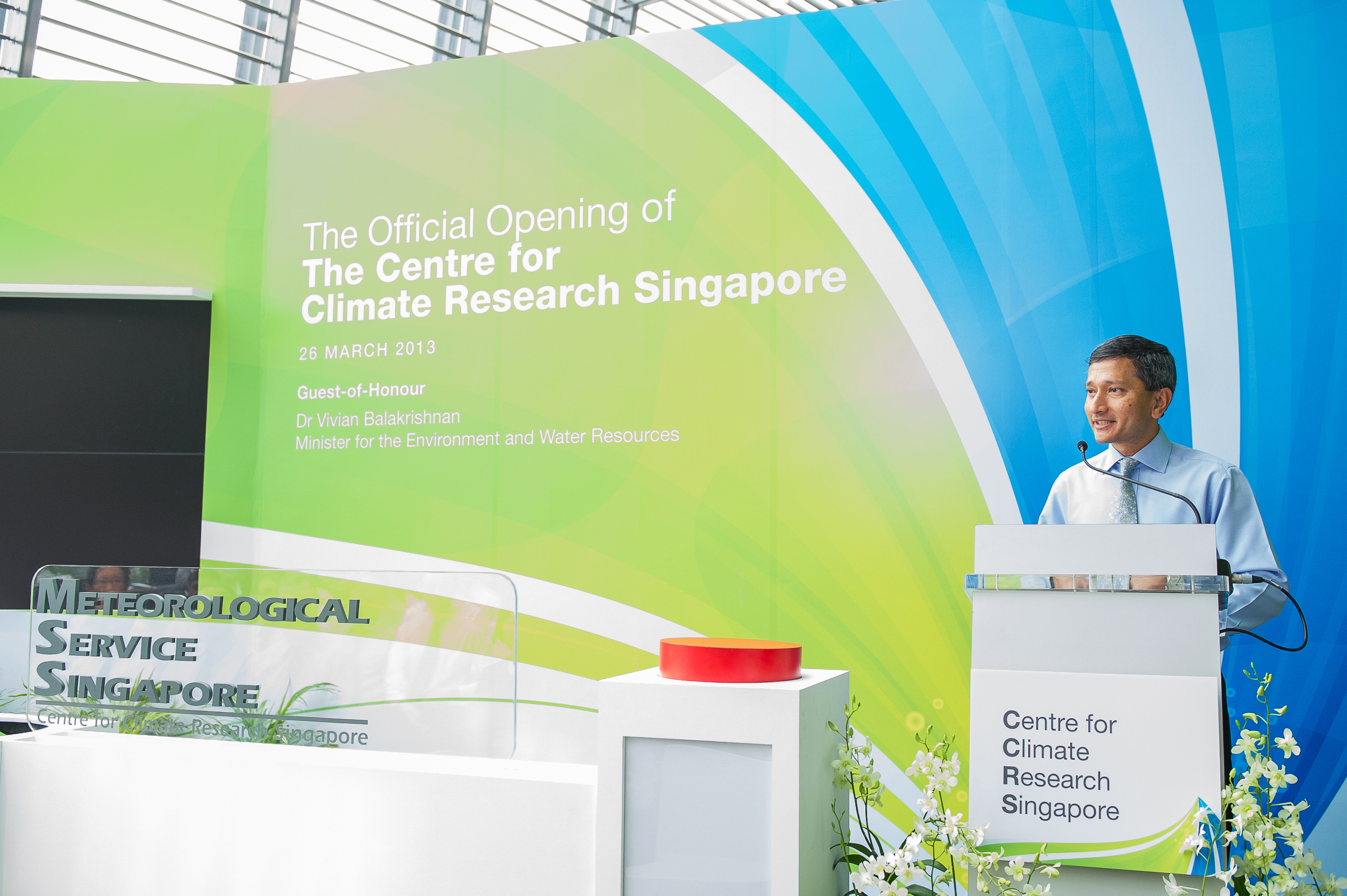 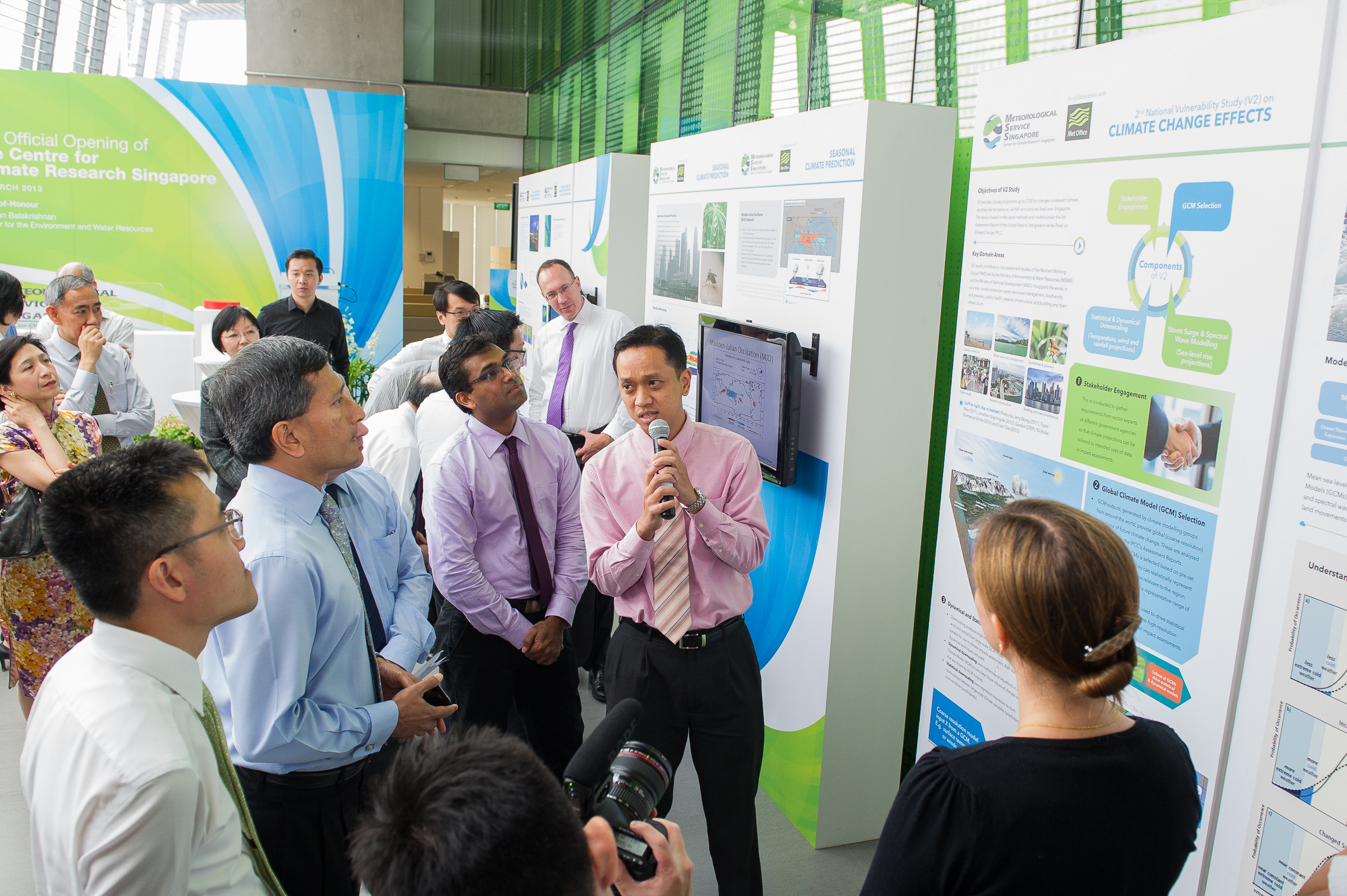 Research scientists from CCRS explaining their projects to Minister Research scientists from CCRS explaining their projects to Minister

The new logo for MSS

A variation is used for CCRS.